This offer forms part of our not-for-profit Independent Film Initiative to help independent filmmakers, companies and studios raise their profile in the cluttered online market place.

The Profile Booster been specifically designed to help independent filmmakers, companies and studios and is essentially a directory listing containing a short biography and all contact info.

This subsidised initiative is only open to independent filmmakers, and small film companies businesses are directed to our Guest Post offer. 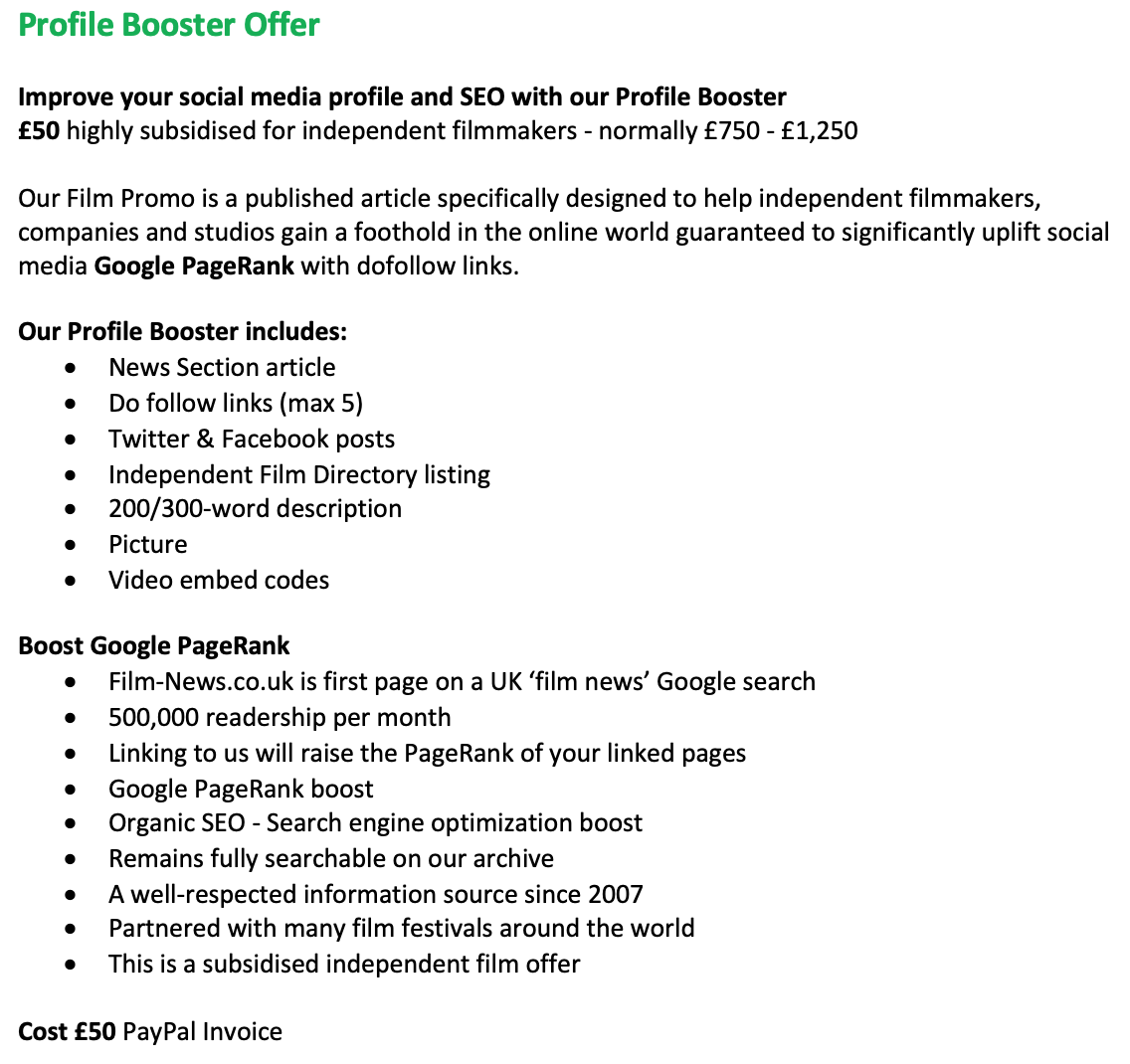 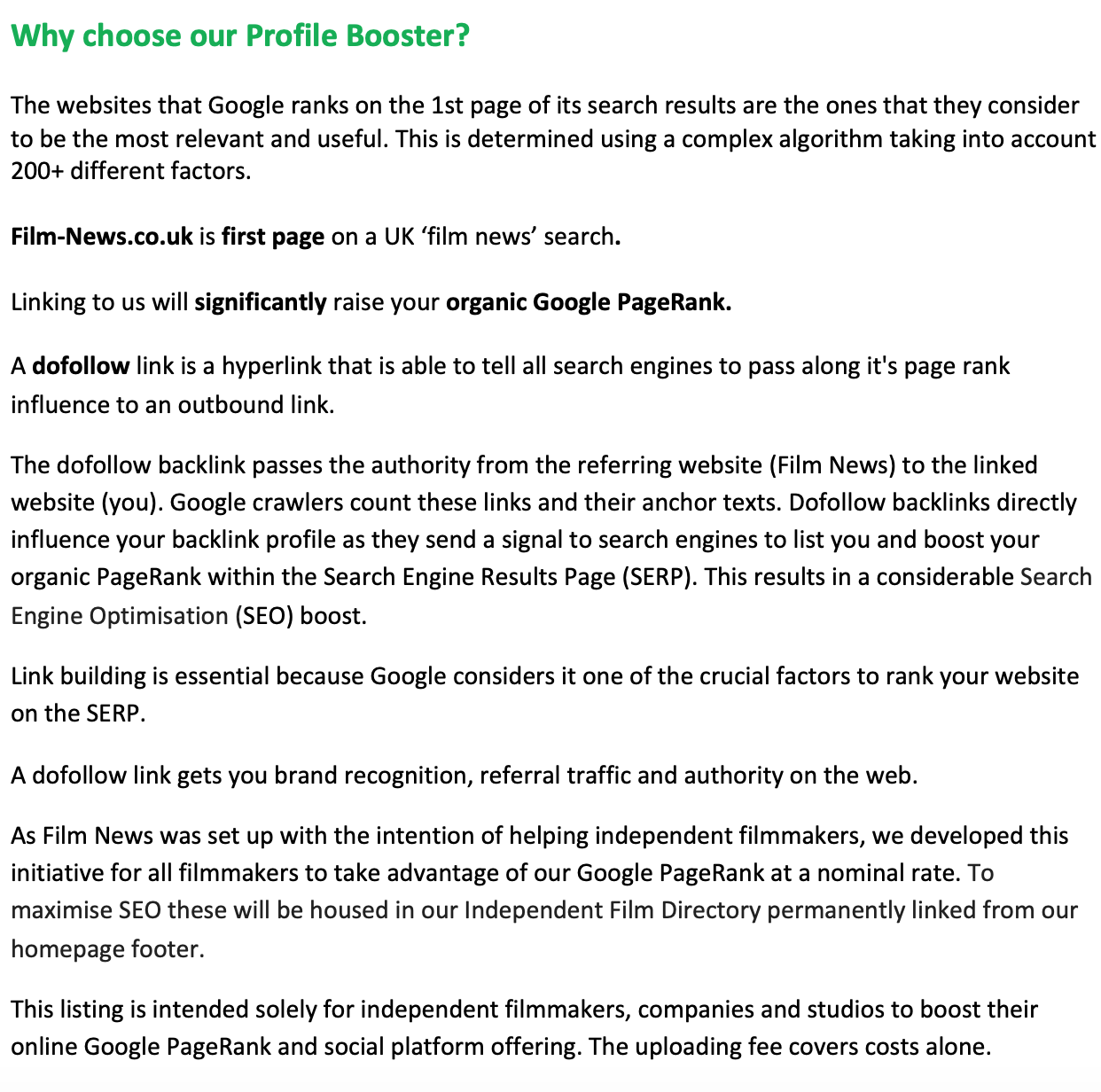 Video interviews can be arranged and published on our homepage, video exclusives section and Youtube Channel for an introductory fee of £250.