This offer forms part of our not-for-profit New Film Initiative to help independent filmmakers, studios and writers raise their profile during these troubled times, at a not-for-profit rate.

The Film Promo has been specifically created to promote independent film to our established readership and enhance organic SEO. 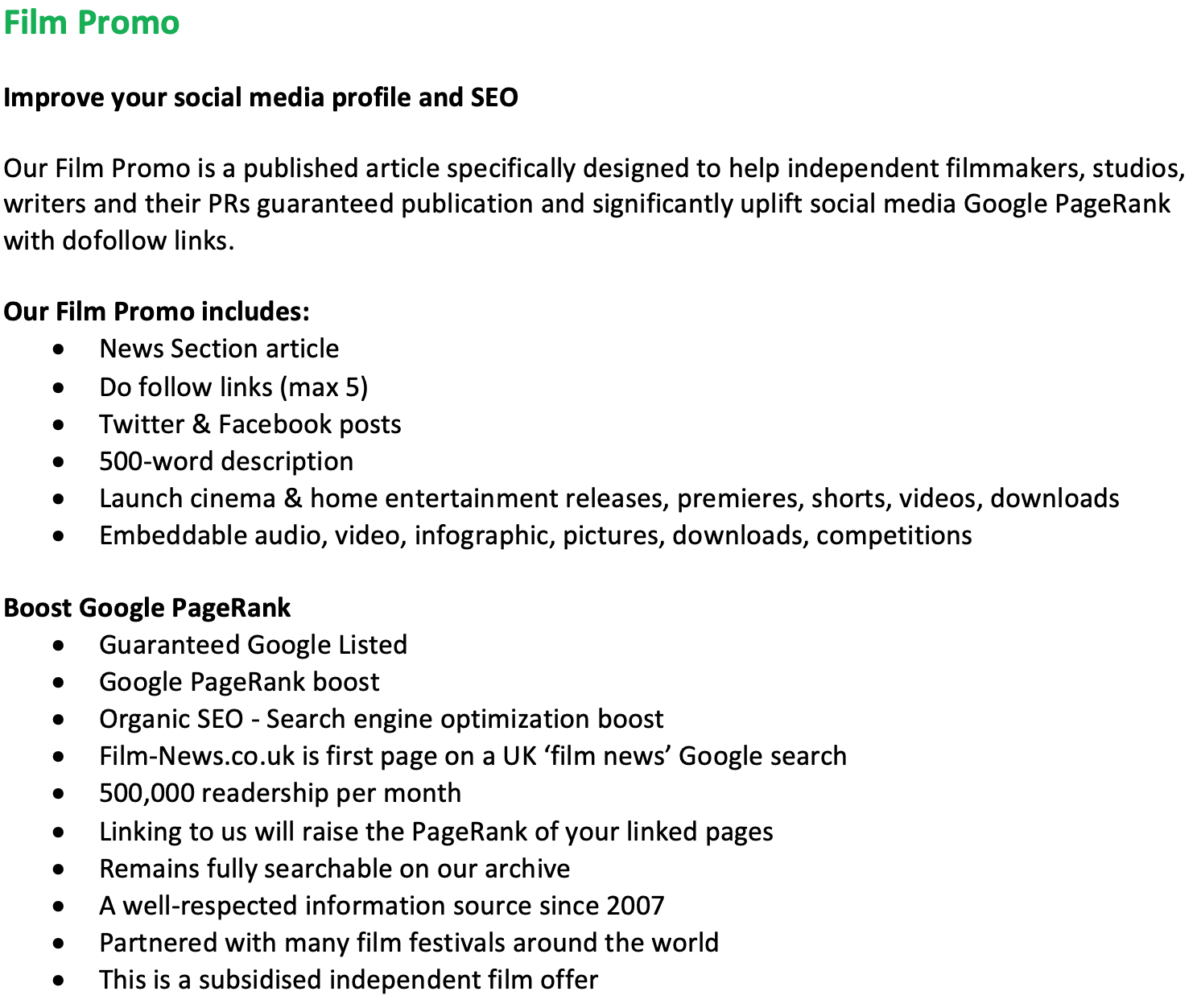 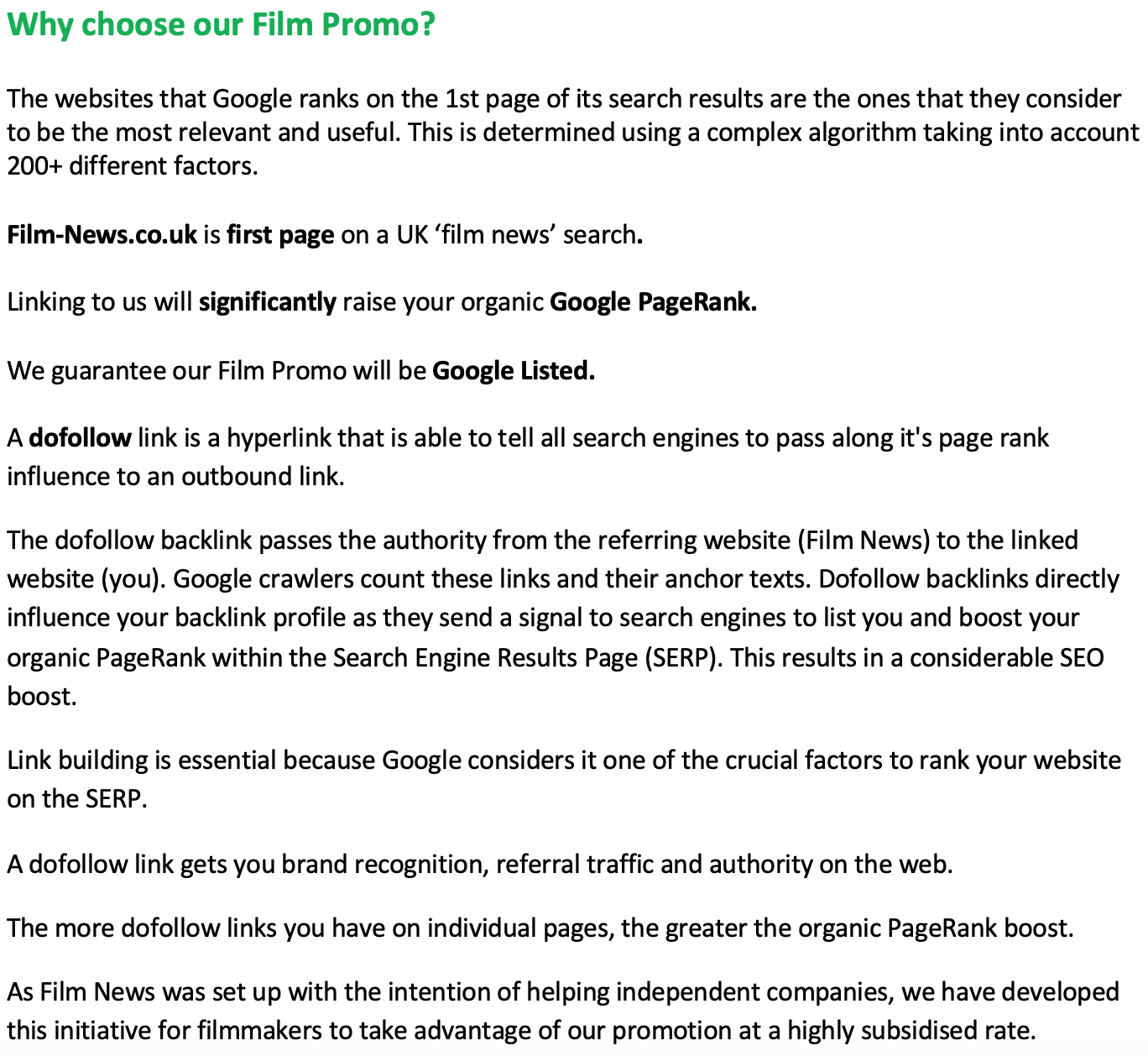 Media Pack and Stats: info
About Us: info